Muhammad Ali: I was expecting a monster, but I found a lamb

I was working in a very fancy hotel in a jewelry store and I heard from some boys that Guru wanted to meet Muhammad Ali.

At the time, I literally hated Muhammad Ali; I found him to be vulgar, boisterous, arrogant, and I had no interest in the man at all, no interest. But one day when I was at work, I found out that Muhammad Ali was coming to Puerto Rico and that he was going to be staying at that hotel. I thought, “Oh, God, this is my job to break the news to Guru.”

He comes into the big lobby of the hotel. I am walking up and down the lobby thinking, “How am I going to approach this guy who I can't stand? I have nothing to tell him, and there is a huge wall of security.”  I'm literally walking up and down, looking at the floor, just trying to figure out how am I going to do this. Suddenly, I smack into a wall. When I look up, it isn't a wall, it’s Muhammad Ali.

Sri Chinmoy's opening meditation at the Parliament of World Religions

By way of background, in 1893 the Parliament of the World’s Religions met in Chicago as part of the World Exposition being held there. Of course, this was when the great Swami Vivekananda first became known to America. (Guru has written and spoken much on Swami Vivekananda. My sense is that they are like inner “brothers”.) 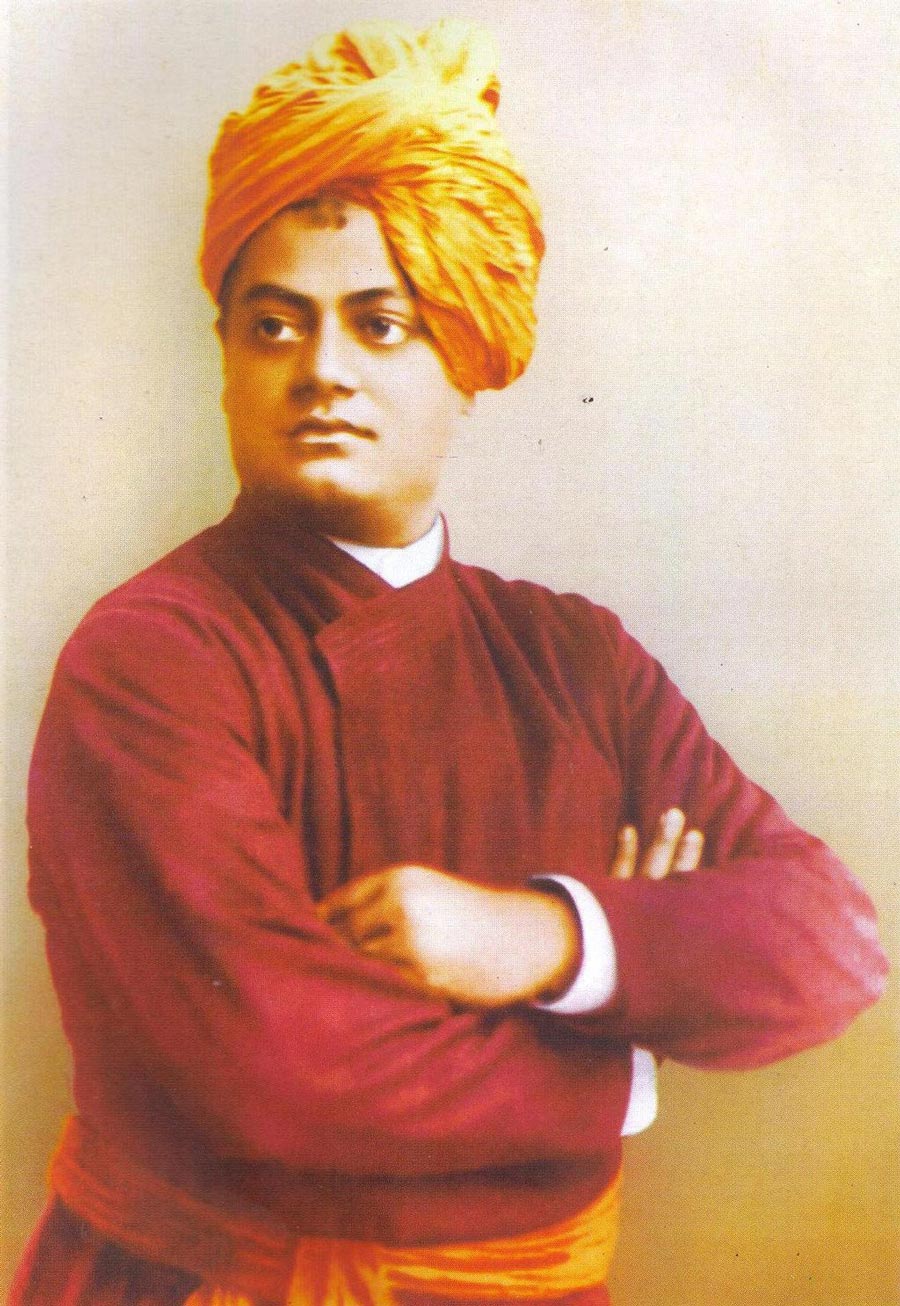 In 1993, one hundred years later, a second Parliament of the World’s Religions was being convened in Chicago. Guru was invited to open that event with seven minutes of meditation. I think that Guru himself considered this to be one of his most auspicious manifestations. And of course, there was talk of Vivekananda all that year.

This happened in 1998. We had just arrived in Cancun, which is in La Peninsula Yucatan in Mexico—a very beautiful place.

There had been unfortunately some very bad massacre in some tribal groups in Chiapas down in the south of Mexico. There were detectives investigating all of the foreign groups; they always think it is a foreign group that does something kooky.

Guru said, "Don't worry—I will give them my transcendental smile."

When we performed in New York for Guru with Mountain-Silence, we played three songs as always. We liked these songs very much. After some other people performed, Guru called for me and talked to me.

He said, “Gunthita, not even one of the three songs performed were devotional. Please, please, in the future, when you perform for me, always choose devotional songs.”

The day I saw my Guru's Third Eye

This is another story that happened when we were in New York. We went to the Connecticut Centre, which was in a basement. Connecticut is not far from New York. We were having a meditation, and Guru was just in front of us. We could sit right in front of Guru. While I was looking at Guru, I saw the third eye very bright, bright, bright. I can't explain. It was whiter than white. It was like when you see some people in India that have a fork shape on their third eye. I asked the person beside me, “Can you see Guru? Look… he's got….”  He said: “What are you talking about? I don't see anything.”

It was indescribable. The only visual I could see was like when a star vibrates and the light seems to just grow and grow. It was very striking and very awakening.

May my two human eyes
At every moment
Love and love and love
The celestial Beauty
Of my Lord’s Third Eye.

Sri Chinmoy's biography, written by one of the most famous Bengali authors

The story started long before I became a disciple. Anwarul Chowdhury was the deputy secretary general of the United Nations. He was at the UN for many years and he loved Guru, just loved Guru. He eventually became an ambassador, so Guru always called him Ambassador Chowdhury.

Ambassador Chowdhury is a very literary person and he knew one of the best writers, the most famous writers of Bengal. Not from Bangladesh, but actually from Calcutta. The writer's name is Mani Shankar Mukherjee, but people just call him Shankar. His books are so famous that they have been made into films by well-known filmmakers.

I was just so transported by the atmosphere

Pulak was introduced to Sri Chinmoy through Sarama, who gave yoga and meditation classes near where Pulak lived.

So the thing about Sarama is, she didn't just bring people to Guru if she didn't feel they were quite ready. With me, she realised that I needed a little work before I would be ready.  I was a little maybe – I don't know what you would say – bohemian or so.

She said I had to stop smoking to see Guru. So I think I was working at the Bronx Zoo and I just said, OK, well, I'm going to quit smoking today. And I was able to do it like in just one day. And it was an interesting process. Every time I felt I needed a cigarette, I just sort of like said, well, no, you don't need it.

I managed to clean up my act enough for Sarama to get me invited to April 13th Celebrations. The Celebrations that year was held at the Victoria Congregational Church right on 148th Street and 87th Avenue.

I remember when I was walking through the hall, I saw that Mahavishnu (John McLaughlin) was a disciple. While I was in Europe, I had become an admirer of his music. At Celebrations, he played acoustic guitar very beautifully. All the performances were so soulful and heartfelt. I'd never experienced anything like that before.

The first time I saw Guru, he was meditating to open the function on April the 13th, and then during the function he would sit there watching everything. Guru would be sitting there, in such a majestic way, watching.

In the mid-1980’s, Guru came to Ottawa and offered a public meditation and concert.

There were about 200 seekers in attendance. As was Guru’s habit at that time, at the end of the function, Guru would personally offer prasad, an orange, to each seeker.

Everyone approached the stage in a long line, and one by one, we went up to Guru to receive the orange. The line moved slowly, as Guru spent one or two seconds with each individual.

Suddenly, the line came to a halt as an order gentleman stood in front of Guru. Guru meditated on this man for two or three minutes. This was so unusual that all the disciples knew something extraordinary was going on. We were eager to find out what it was. 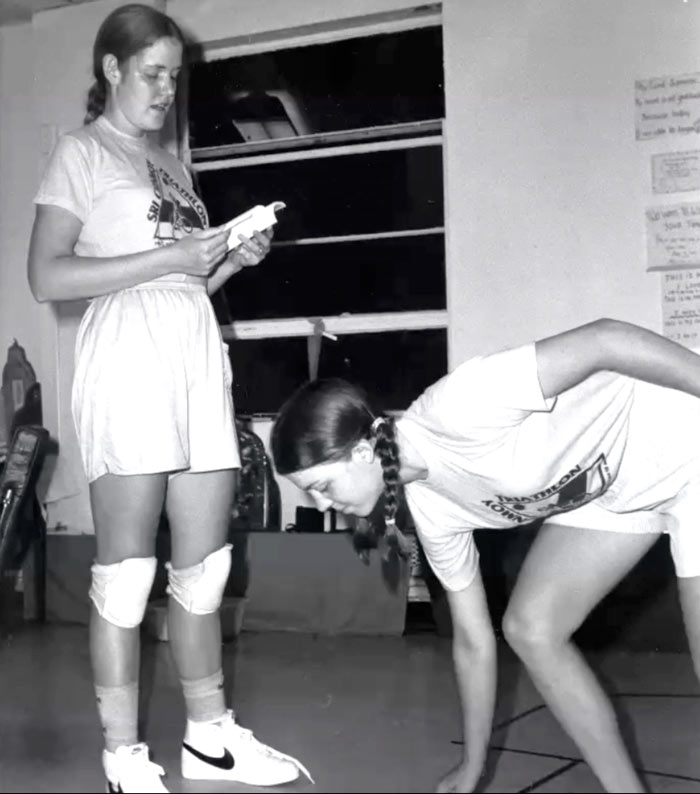 Pipasa: My friend Jamini got the idea of doing the hopscotch record. A lot of people were breaking records at that time.

Jamini: People were breaking records for Guru's 50th birthday when we were in New York in August 1981. That was our first celebrations. Many people were doing records so when we came home, we sat down one night with the Guinness Book of Records. We were looking through it trying to figure out what we could do and came across this hopscotch record.

Pipasa: 90 hours was the previous record.

Jamini: Then we had the brilliant idea of doing a hundred hours.

I think every now and then Guru realised that some of us could not relate to the amount of weight that Guru was lifting. We had no way of understanding it. So Guru sometimes would get the guards to lift heavy weights.

Guru gave us two weights. We were trying to lift two weights that were both very heavy, and it was impossible for me. I did my best. It was so much fun to do it, to start to identify with what Guru was doing.

There's a great story. When I was on one Christmas trip, Guru said 'All of the guards, every single guard, has to make a weightlifting machine for me'. The thing is, at that time, it was 1992, I didn't know how to make a weightlifting machine. I'm not good with mechanical things or engineering or construction. I had no idea how to make a machine. I had no money, zero money. We were on this island, Tenerife, which is off the coast of Africa. It was a Christmas trip. I was wondering, “What am I going to do?” I was really getting worried. How am I going to make a machine? I have nothing.